The story of today's Graphics 3 is really a tale of two companies:

Graphics 3 Inc., Coldwater, Michigan -The origins of Graphics 3 Inc. can be traced back to the CE Kleindenst Co., founded in 1887. But when eventually purchased in 1967 by Larry Iveson, the company was operating as ‘Patterson Printing’. Then in 1976 two other businesses were acquired, ‘Photographics’ in Coldwater and ‘True Blue Press’ in Hillsdale Michigan, and the triad of companies were combined to form ‘Graphics 3’. Yet the composite company’s primary line of business continued to be custom offset printing. By 1995 production volume had grown to the point where work spread between multiple locations became increasingly cumbersome and problematic. So a 12,000 square foot facility on Garfield Avenue was purchased, thereby allowing the entire operation to be consolidated under one roof. At about the same time, with ‘xerographic’ printing technology by then becoming a somewhat more viable production method, a Xerox Docu-tech was added to Graphic 3’s equipment mix. Another significant addition came several years later when Mike Iveson (Larry’s son) left his technical sales position in the paper manufacturing industry to join the company. Over the next 10 years, as digital printing technology continued to advance and demand for smaller and smaller quantities became more common, Graphics 3 responded by upgrading and expanding its digital production capabilities, while gradually diverting more low volume projects from offset. But it was also imperative for the company to remain competitive on high volume orders. So in 2009 Graphics 3 installed a 5-color 29” offset press, together with a computer-to-plate workflow system, thereby keeping its offset capabilities efficient, precise and current.

Commercial Graphics Company, Inc., Angola, Indiana-Commercial Graphics was established in 1983 by Lynne Liechty. Having excelled as a commercial artist for several years at a Louisville Kentucky advertising agency, upon relocating to Angola she decided to open a one-person graphic design studio. But in less than two years her business plan was substantially altered when a small, struggling 'quick print' shop was purchased for what seemed a modest investment. At that point she teamed with her husband Michael and together they began the arduous process of both marrying graphic design services with newly acquired printing capabilities, while at the same time transitioning their new venture from the business of 'quick printing' to commercial offset printing. By 1987 property was purchased, a small commercial building was constructed, and more sophisticated equipment was added. Another eight years saw facilities nearly double in size and their offset capabilities expand to include 4-color process printing. As technology continued to reshape and redefine the printing industry, Commercial Graphics decided to strategically tailor its operations to meet a rapidly growing demand for high quality, short run (small quantity) printing. So in 2001 the company invested heavily in technically advanced offset printing equipment, including computer-to-press 'Direct Imaging' technology' - together with ancillary systems designed for cost efficient low volume production. In turn these investments soon opened new markets and opportunities, spurring a seven year period of consistent double digit growth. To help sustain momentum, in 2007 Commercial Graphics dramatically upgraded and expanded its mailing services department with the addition of new ink-jet addressing and mail processing equipment, thereby keeping pace with the growing demand for direct mail marketing.

Though separated by the Indiana-Michigan state line, Angola and Coldwater are only 23 miles apart and directly connected by an Interstate Highway (I-69) .  . the two communities are not strangers, nor were these two companies. But while coexisting in overlapping geographic markets for over 25 years, their operations were largely more complimentary than competitive. In fact, over time a cooperative and reciprocative use of each others strengths had developed and flourished .. so much so that in 2008 merger discussions were first initiated. But because both parties were well established 'family owned' businesses, there was a mutually shared reluctance to exchange 'complete control' for a yet-to-be defined 'partnership' arrangement. So not long after their start, the discussions were tabled. Then in early 2010, merger talks between the two companies resumed. This time the focus was far more on how well the two operations would 'dovetail' together. By midyear, merging the two companies was a decision not only supported by the numbers, but for both sides it seemed an almost obvious progression. And when at long last finalized, the union did in fact result in a stronger and far more versatile company. The newly reformulated Graphics 3 has integrated both digital and offset processes with a balanced mix of equipment and experienced staff, resulting in high quality, cost efficient production across a much wider range of products and services.

As for the here and now .  . it's our hope you'll consider Graphics 3 for your next printing project. We'd welcome the opportunity to demonstrate how our client-centered approach adds true value to your purchase. After all, printing is not (as is too often assumed) a homogeneous commodity - all printers are not providing the exact same finished goods .  . But at Graphics 3, we're absolutely committed to consistently delivering the best all-around print buying experience. 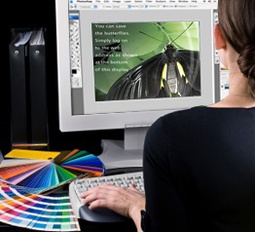 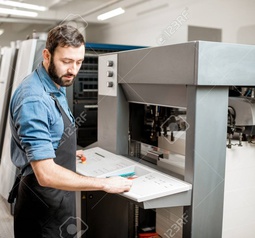 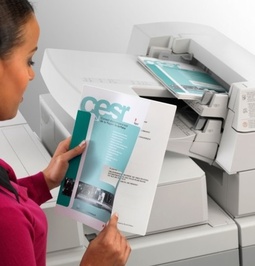